Baki farmers improve incomes as a result of collective action

Hormood Iskashi Farmer Organization, in formerly war torn and impoverished Somaliland is now actively involved in profitable trade. Although many farmers in Baki district of Awdal region grow plenty of tomatoes and onions as the main horticultural crops, because of limited access to markets, most of them are often exploited by the middlemen who customarily offer farmers low prices for their produce. However, the situation is turning around for the farmers who have joined the Somalia Rural Commercialization Programme implemented by FAO Somalia and FCI and funded by the European Commission. 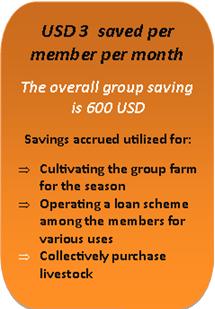 Hormood Iskashi was established in April 2012 after one community facilitator was trained in Baki district on the Farmer Field School approach by FAO-Somalia and FCI in a four-month long training at Amoud University. It initially began with 10 members from Baki district of Awdal region, Somalia. The group now has 30 members. According to the agreed selection criterion; a member must be a local farmer, a team player and must be willing to participate in a group savings scheme.

Initially, the group faced challenges in organizing meetings due to the distance between farmers’ houses, meeting locations and the group farm. In addition, the treasurer faced difficulties in collecting monthly savings due to lack of trust, because most of the members had not been exposed to saving schemes before. Despite all those challenges, Hormood Iskashi Farmer Organization has continued to operate and grow following continued capacity building by FCI’s MTOs. The organization was introduced to two trader associations in Borama city as well as Hargeisa and Wajaale markets by the Market Trade Officers working for the RuCom project.

As part of the training, FCI’s MTOs introduced a governance structure and a constitution formulation for better group coordination. Previously, farmers had little know-how on how to market their commodities. They were trained on how to price, promote and distribute their produce (tomatoes, lemons and onions) and select reliable buyers. In addition, FAO-FCI organized farmer & trade linkage forums where sellers and buyers were introduced to each other to discuss and establish what commodities were best suited for consumers’ needs. As a result, this farmer organization is now in direct contact with traders in Boroma city, having ready markets for their products. In addition, FCI MTOs trained members on production, pest control, soil testing, and the appropriate use of fertilizers. "I had no idea what chemicals to use on my farm," Abdi Hassan explains. "Even if I had been sold plain powder, I would not have known. But after Farm Concern staff trained us, we now know the best chemicals."

To solve the problem of exploitation by middlemen, FCI MTOs facilitated marketing trainings which enabled members to access and keep up with market information. By keeping up-to-date with the latest market prices, farmers have increased their income by leveraging on these opportunities. "Before FCI came into the picture, we had no choice and used to take whatever prices the middle-man offers. On some occasions, they would even tell me that my harvest had gone bad and would bring me back empty boxes from the market. Things were difficult for me,” explains Nimco, a member of Hormood Iskashi FO. “Since this project was initiated, my life has changed for the better. Now I access the markets and know when to sell or when to wait for better prices. We have also set up a bulking center where we can keep our commodities until market prices get better,” he says.

Before the intervention, farmers had been using low yielding and poor quality seeds because they were inexpensive. The groups were encouraged to adopt better farming practices such as buying quality seed. "I am now aware of the right kind of seeds and I have also identified a reliable supplier where we purchase our inputs," Abdi says.Before being grouped together, members were doing individual activities, limiting their trading ability. However, they now buy and sell in bulk which has increased their bargaining power with traders, leading to obtaining better prices for their produce, and lower prices for inputs and quality seed.

Since the farmers were not making high profits, they did not have much to save from their sales. But with collective action in place, this was now attainable.

Following the drafting of a constitution, the group facilitated by FCI’s MTOs introduced a savings and lending scheme that was geared at solving the difficult challenges the group members were facing such as access to micro finance.

Profit is shared between the members while the capital is invested back into the farm. Under difficult circumstances, the savings may be lent to needy members with critical needs such as a medical condition. Borrowers pay back in installments. To ensure continuity, the FO members meet every Thursday to receive lessons from the facilitator. Topics vary from environmental protection and farming techniques to trading and marketing skills.

In addition to the trainings, the members also support each other during the weeding process, occasionally monitoring and fencing farms. In addition, all 30 farms, including the group farm, share the same labor to save on time and money.  With increased incomes, farmers in Hormood Iskashi Organization have seen their standard of living significantly rise. "The profits I get from my produce have now doubled because of my direct linkage to the market," Madina Mohamed explains. Nevertheless, owing to the poor infrastructure in these Awdal areas coupled with the climate change and frequent erratic rainfall, challenges persist. This year, the main rainy season, Gu’, is performing poorly in terms of distribution and intensity, which has posed a real challenge because all group farms are rain fed. Consequently, many of the FO members have been using their increased incomes to diversify into livestock and informal trade in case of rain failure.