Beans are the third largest produced crop in Tanzania after maize and cassava. The main production areas are in the Northern Zone particularly Arusha, Kilimanjaro and Manyara region. Farm Concern International (FCI) with funds from HiVos through Agri-Nutrition for Coffee Zone in Tanzania undertook a rapid market opportunity assessment on commercialization and agri-trade of various agro-food commodities. This brief provides key highlights of the beans market in Tanzania based on findings from markets in Arusha and Kilimanjaro regions. 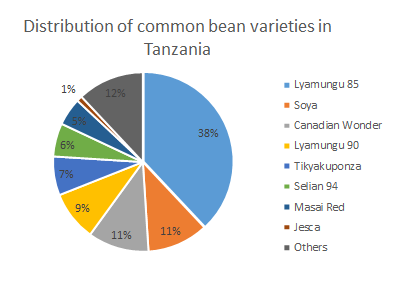 Beans production in Tanzania is dominantly substance mainly produced by female smallholder farmers. Â The surplus production from the smallholder farmers as well as largeÂ scale farmers is normally supplied to both domestic and regional markets. At the market, traders set their prices according to quality, variety, season, and their marketing costs.Â

On average, beans cover the highest market size of all agri-food commodities in Arusha and Kilimanjaro regions estimated at 27% market size value.Â

Sourcing is influenced by various factors including demand levels, rate of stock turn over, perishability nature of the commodity, storage facilities logistics of supply and cost involved in sourcing among others. Occasionally, traders procure their produce directly from farmers and wholesale markets.Â

On average, approximately 15,030Kgs of beans are traded in Arusha and Moshi (Kilimanjaro region) markets monthly.Â 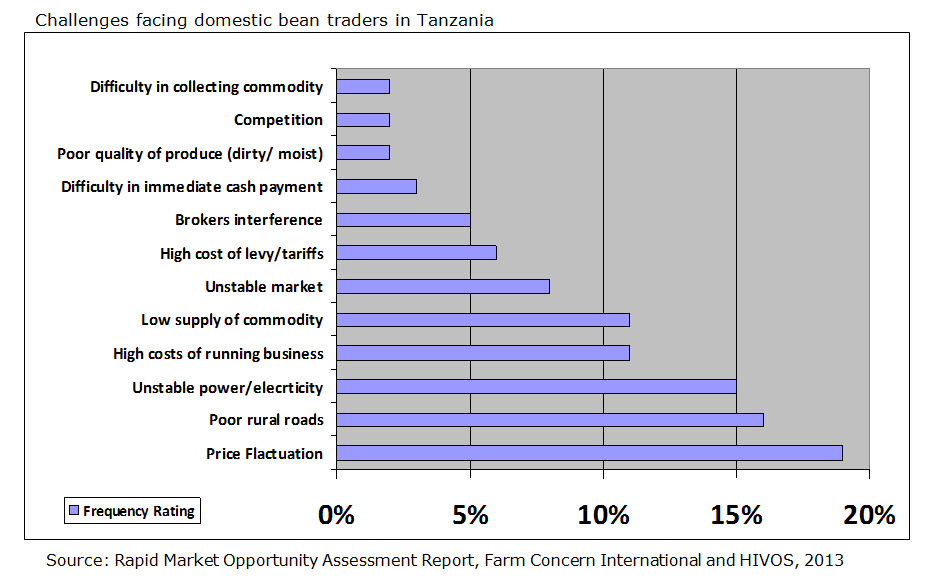