Tanzania Market Outlook: A focus on onion trade in Arusha and Kilimanjaro region

The local markets account for a very huge part of the markets for horticulture production in Tanzania. A study conducted by Farm Concern International (FCI) with funds from World Vision Tanzania and Canadian International Development Aid (CIDA) through the Market-led Agriculture Project established that, the domestic market account for 65% of onions produced in Tanzania. This brief provided insight of the nature of the onion trade in Tanzania focusing on Arusha and Moshi markets.

On estimate, 27,000 tons of onions is traded in Arusha and Moshi informal markets annually. 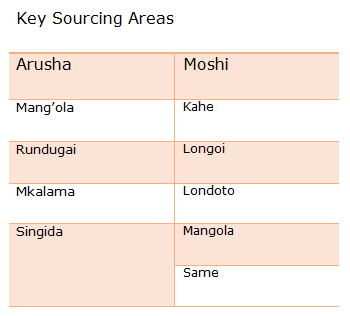 The margin generated by traders for bulb onion is relatively high with a profitÂ margin per ton of about USD 135.70. Most of the onions are primarily sourced from Mang'ola, Kilombero, and Hai.

Tanzania experiences onion influxs around May as most varieties ripe at around this time. Red Bombay is the most popular onion variety in Tanzania. Its production is highest in March, May and December and is predominatly sourced from Mangâ€™ola. The Khaki variety on the other hand is mostly produced in April and May and sourced from Singida, Arusha region.

Mangâ€™ola in Arusha region, experiences very high onion productivity resulting in exports of the surplus onions throughout the year to Nairobi, Kenya where onion demand is high and the prices are relatively better. Â

The encouraging performance of Tanzania in regional trade has so far been largely attributed to the efforts of the farmers and local traders in observing quality.

Discussions held by Farm Concern International with Kenyan onion wholesalers indicate that they source bulb onion from Tanzania mainly due to domestic production deficits as well as quality as a result of enhanced postharvest management mainly through curing which gives the onions sourced from Tanzania a longer shelf life hence preference by the Kenyan market. Â

Another aspect attributable to higher onions yields in Mangâ€™ola is probably due to lower incidences of fungal diseases in the drier areas making Tanzania to have a competitive edge in onion production due to favorable weather conditions favoring onion farming. 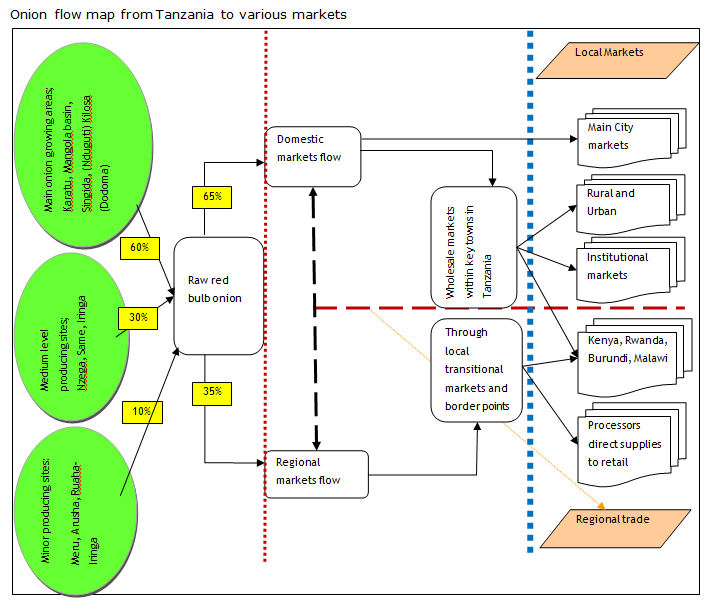