One of the goals of KHCP projectÂ implemented in Lake Victoria Hub in Kisumu County, Kenya, was to promote product diversification by promoting high value crops suitable for smallholder production, commercialization and value-addition such as Traditional African Vegetables (TAVs). Research shows that people who regularly consume vegetables in their diet have chances of a healthier and longer life. Eating a diet rich in TAVs reduces heart disease, stroke and heart attack. It also protects against certain types of cancer and diabetes.Â

Farm Concern International (FCI), as one of the implementing partners worked across seven counties promoting the growing of TAVs for sale and domestic consumption. A rapid assessment conducted by FCI revealed that farmers in all seven counties were prioritizing TAVs as a result of information provided to farmers on TAVsâ€™ nutritional and economic value. 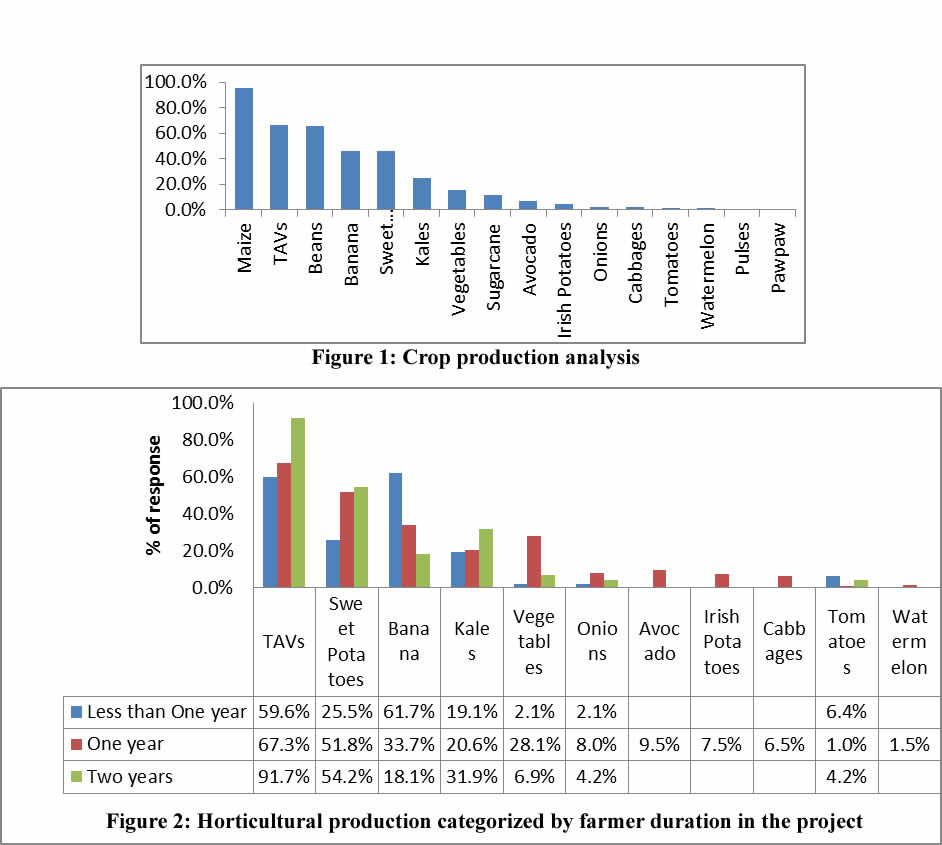 The promotion of kitchen gardens has resulted to increased TAVs production, domestic consumption and trading among the smallholder farmers. The consumption of TAVs further shows that farmers engaged in the project will enjoy and benefit the nutritional benefits of eating TAVs.