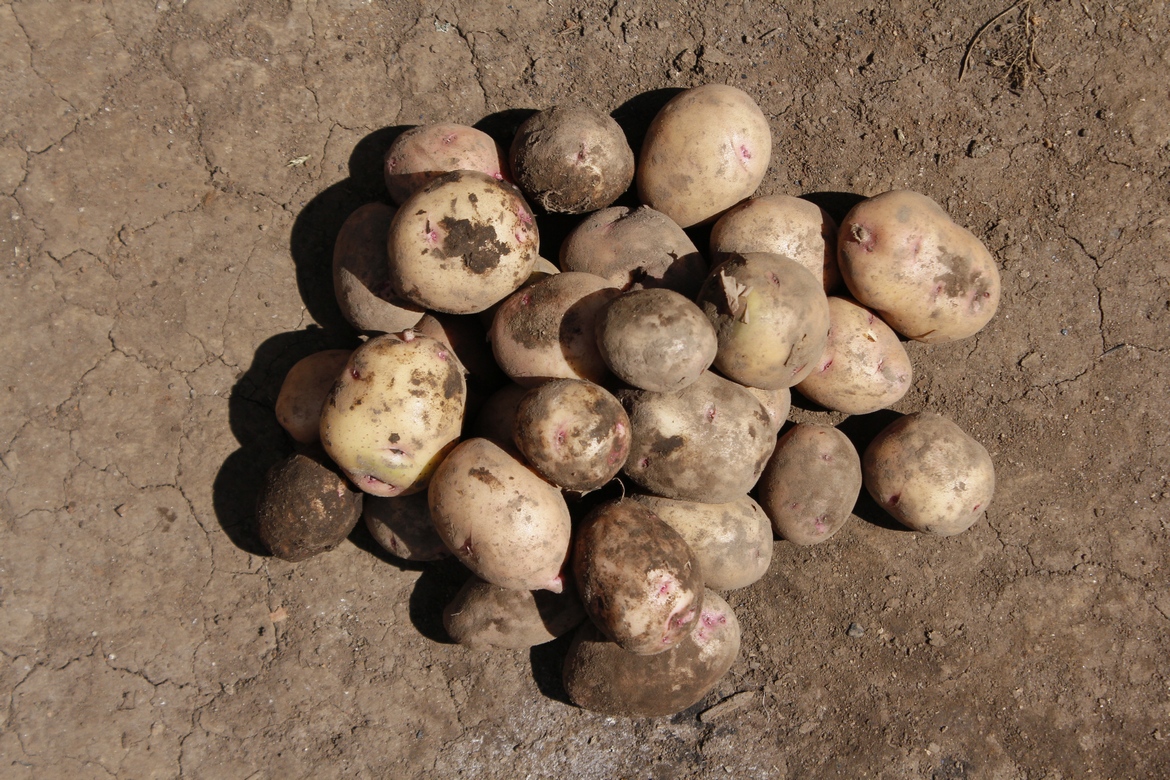 For a long time, Kyengia village members were unaware of their fertile soils, favourable for Irish potato farming. This discovery was made during a training session on seed varieties and quality control conducted by FCI Â field officers. After this training, Mr.Mwokozi, a CPG member planted potatoes in a quarter acre piece of land and was expecting to harvest them by end of February 2014. Â Â