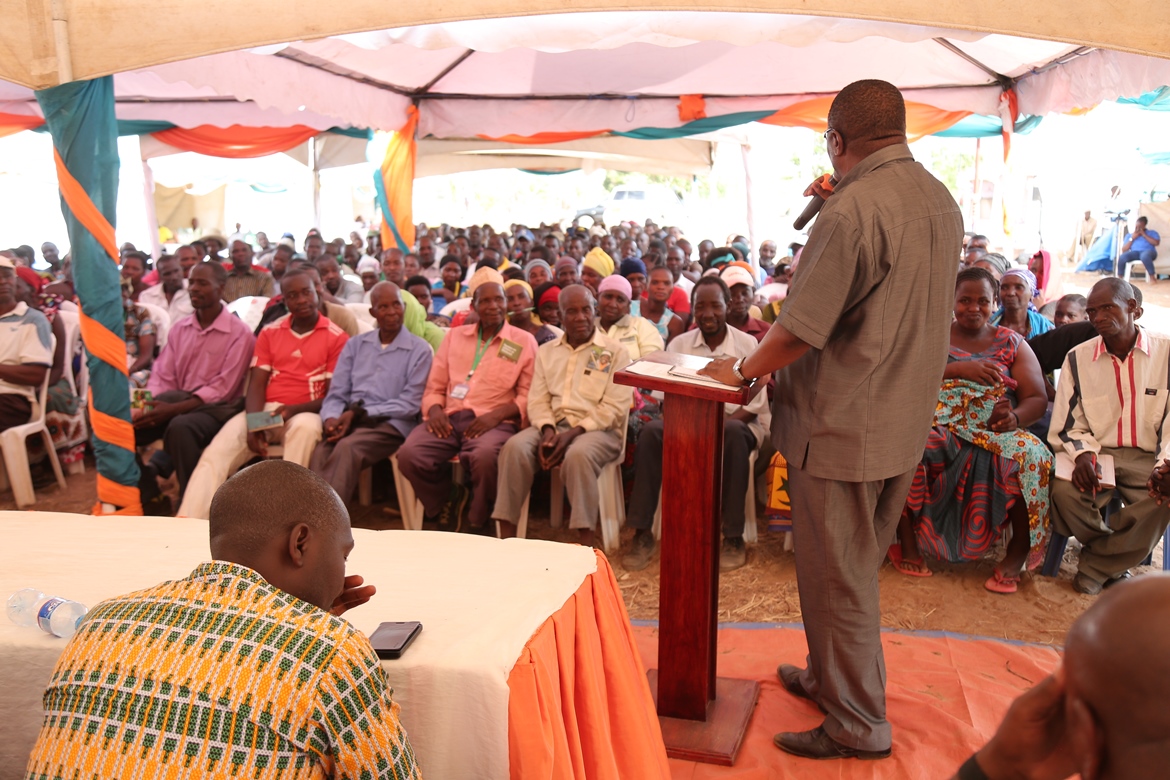 The trade fair under the auspices of Commercial Villages for Sustainable Communities Programme in Kahama district was conducted on 27th and 28th September 2018 at the Agri-Resource Center grounds in Mondo Village. Kahama District Commissioner (DC), Hon. Anamringi Macha, graced the event and also officially launched the project. Speaking during the event, the DC urged all members of the community to embrace the project and give necessary support to ensure objectives are achieved. The DC in particular encourgaged the youth who form the majority of the population to commit fully in the capacity building process under the pillar of Youth Agri-entrepreneurship to create jobs and wealth through agriculture. He emphasized the fact that agriculture is the only sector that provides inclusive growth and benefits for everyone as opposed to dangerous exposure to smallscale mining usually done under poor safety conditions.

The Commercial Villages for Sustainable Communities Programme is a market development intervention implemented by Farm Concern International with support from Acacia- Buzwagi Gold Mine with a prime aim of improving market access and trade efficiency for smallholder farmers and wholesale buyers along the agricultural value chains. 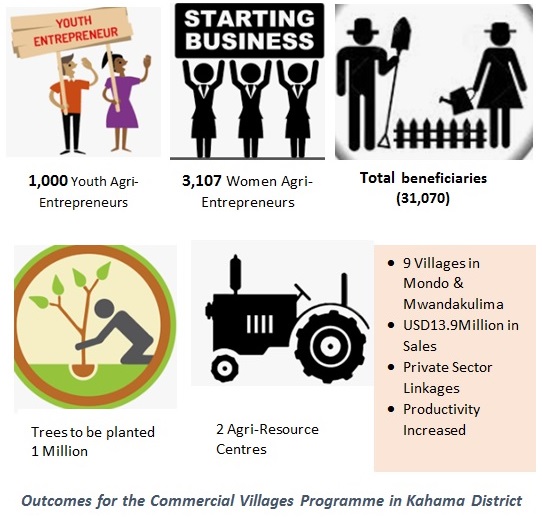 This objective is designed to be achieved through Commercial Village model which is a direct implementation approach by FCI that enables systematic graduation of smallholder farmers from subsistence to highly commercialized and market oriented production systems. This intervention also focuses on business partnerships with buyers in key markets including Dar es salaam, Kahama, Arusha, Shinyanga, Mwanza and other major towns to increase reliability of buyers as a sustainability pillar for smallholder farmers.

Speaking during the trade fair, FCI Tanzania Country Team Leader Mr. Wiston Mwombeki highlighted that the programme aims at building capacity of smallholders to graduate them into entrepreneurs with a profit orientation. Baseline research indicates that farmers have very depressed productivity for various agricultural produce therefore increasing profitability for better profitability is a key intervention in the project.

Mr. Antony Masinde, FCI Senior Technical Specialist further added that the trade fair event aimed at providing a platform for various actors along the agricultural value chain to show case technologies and share experiences from successful farming enterprises from other areas and other countries for access to improved farm inputs, ownership and usage of agro-machineries, improved farming systems as well as collective action for better bargaining position with buyers. Additionally, value addition through ownership of Agro-Processing Machineries will be given due consideration under the programme.