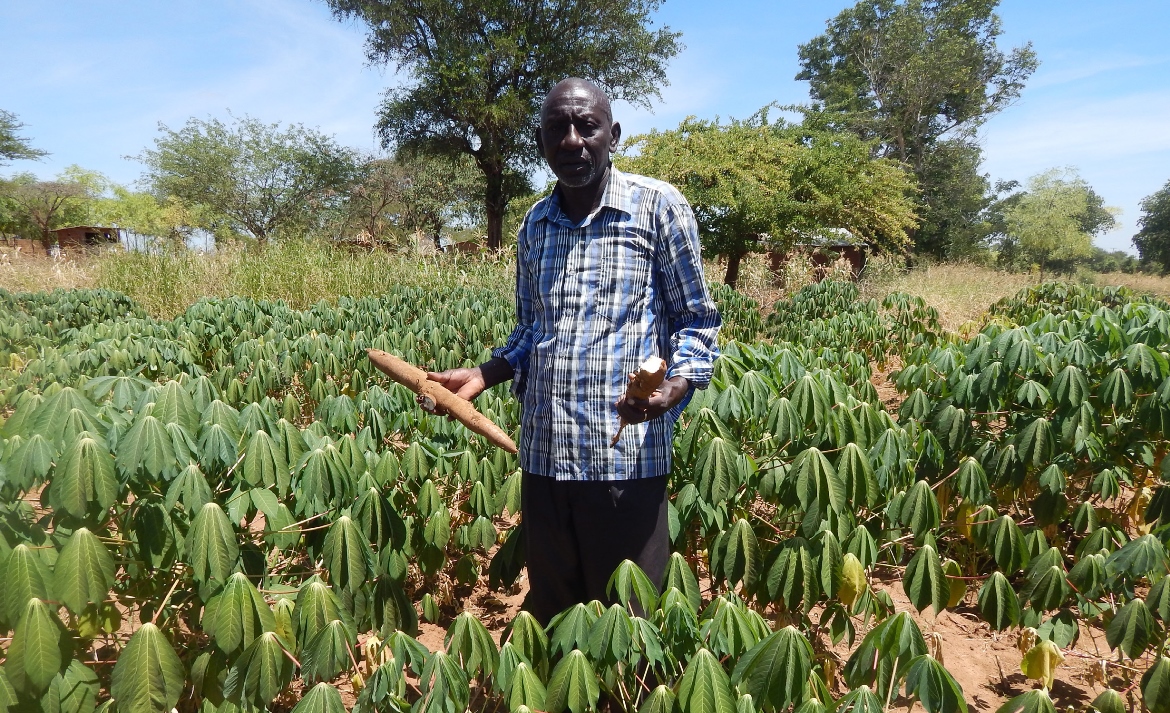 Mr Dickson Ndaka, a 63 year old outstanding cassava farmer, is now able to raise school fees for his daughter and provide other basic needs for his family. This was after Cassava commercialization was introduced in Eastern Kenya by Farm Concern International, FCI in partnership with the Ministry of Agriculture (MOA) and Kenya Agricultural and Livestock Research Organization (KALRO).Â

At the beginning, Mr. Ndaka put 2 acres of land under cassava production hoping to get good returns. From the positive results, he decided to increase the acreage under cassava production to 4 acres. From the increase in acreage, he harvested over 6 tonnes of cassava earning a total of Kshs. 132,000 (Ksh. 96,000 from fresh cassava roots and Ksh 36,000 from cassava seeds/cuttings).Â

When speaking to FCI staff, Mr. Ndaka noted that he was hesitant in the beginning because growing large scale cassava is not a common practice in the community, having witnessed for many years farmers growing local cassava varieties and selling to local traders earning very little income.Â

However, Farm Concern International worked with Kiuuku Commercial Village where Mr. Ndaka is the chairman and committed to link farmers to markets for cassava and other value chains. The farmers were then introduced to KME2 and XMariakani improved cassava varieties that do well in Semi-Arid areas, which yielded good profits. Besides linking the farmers with buyers, they were also trained on Good Agronomic Practices such as land preparation, planting, spacing, weeding and use of improved cassava varieties among other topics.