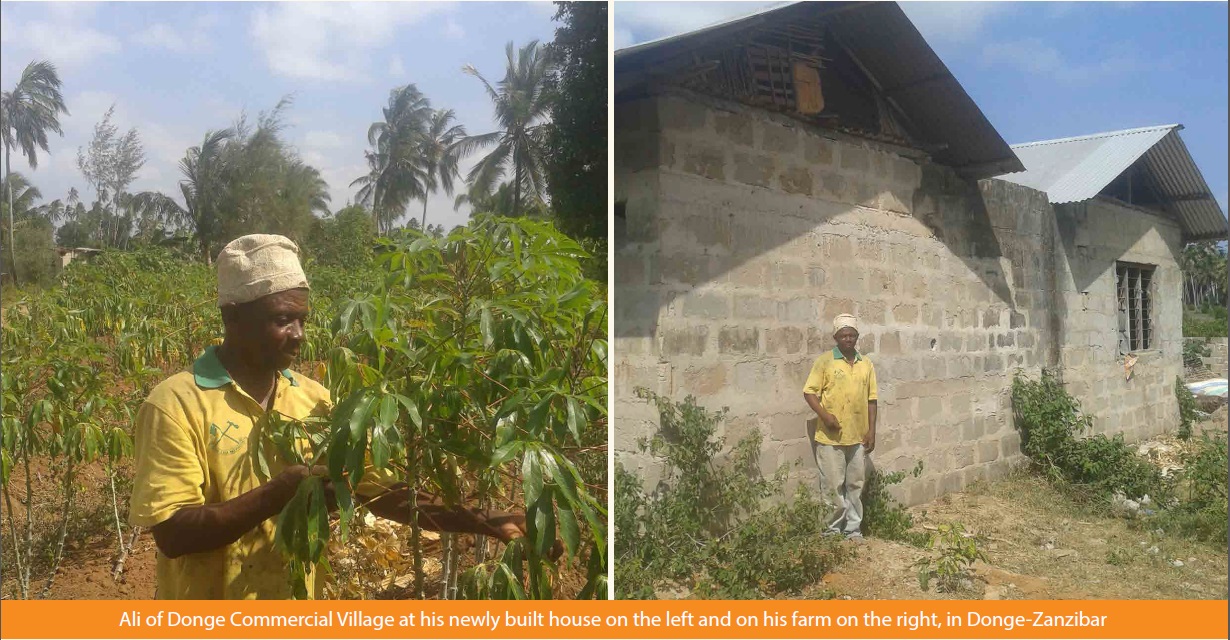 Mr. Ali Saleh Machano is a 64 year old farmer and trader in Donge Commercial Village (CV) in Donde Vijibweni North B District- Zanzibar. He is married to 2 wives and a father of 10 children. 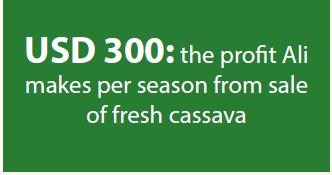 through Alliance for a Green Revolution in Africa. The campaigns focused on awareness on the commercial value of cassava agri-business, training on good agronomical practices (planting in ridges, proper spacing, use of improved seeds –Kizimbani, use of manure and weeding), market linkage and processing of fresh cassava for value addition. “I did know that I could make money from cassava farming. I never used to practice the things we were taught by FCI and Zari;, I used to weed just once, no use of manure and I used traditional seeds which yield very little, not drought tolerant and easily affected by diseases unlike the new improved seed- Kizimbani.

The commercialization campaigns and Village Business Forums opened his eyes and he started to trade in cassava; buying cassava from the Commercial Village and selling in town at a profit. In a season, Ali trades 200bags of fresh cassava making Tsh. 3000 (USD 1.5) in profit for every bag which earns him a total of Tsh. 600,000 (USD 300).

Ali used proceeds from cassava agri-business and trading to build a second house for his family.