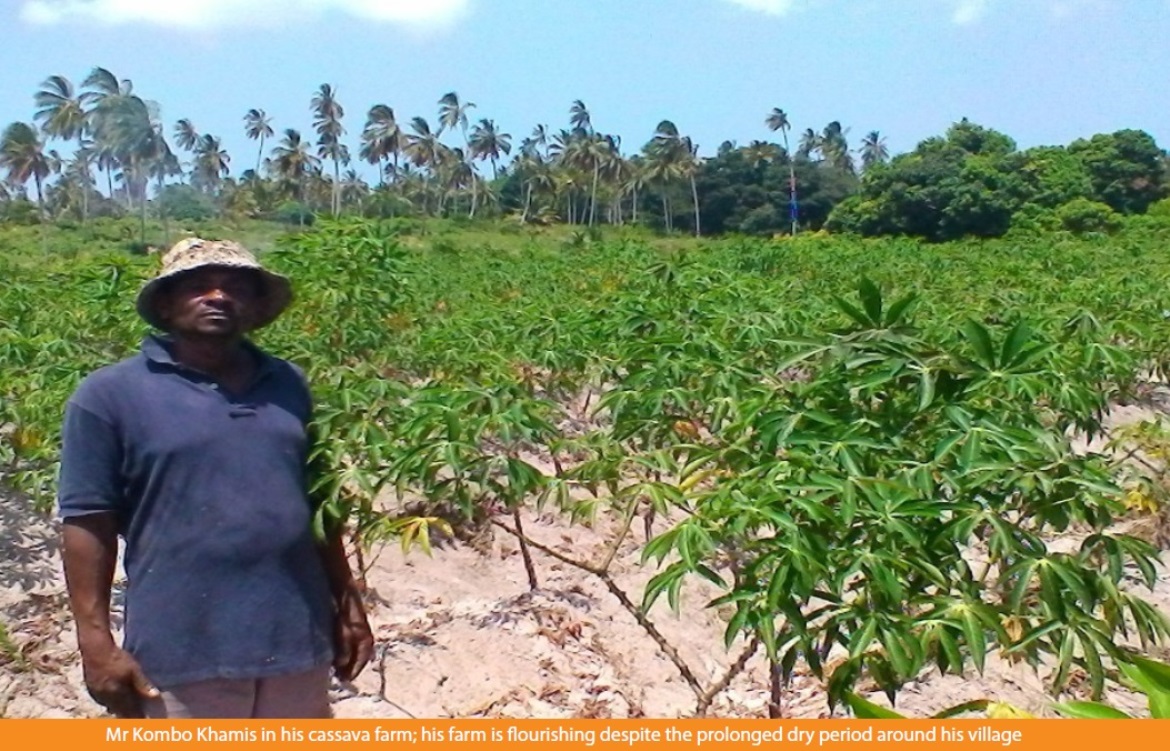 Mr. Kombo Khamis is a farmer living in Bumbwini village, which is located in North B district. Mr. Khamis grows many crops, but her major ones are cassava, sweet potato and rice. He performs his farming activities with the help his wife, but he is the one who bears the overall responsibility in managing the farm. Cassava being his major food crop as well as cash crop, it is planted mainly during Vuli season (September-November) and Masika season (March-May). Mr Khamis use both improved and local varieties of cassava and apply some organic manure in his cassava fields. Â

Mr. Kombo has about 5 acres, but three acres are planted with cassava improved variety he sourced from Kizimbani Research Station mother garden supported by CVPP-Z project. He sells his products (especially cassava roots) at the village market and some time at farm gate. His income from selling cassava roots and stems is about Tsh. 500,000 to 600,000 per season.

He used his income from cassava to purchase 45 iron sheets for his 3 roomed house and a motorbike and paying school fees for his children.Â