Foum Makame, a married father of six children, is a farmer from Kazole village in North â€˜Bâ€™ district who grows cassava as a cash crop. His other crops grown in his land includeÂ banana, rice and sweet potato. Mr. Foum has about 3 acres under cassava where he uses family labor for the rest of the field operations except for bush clearing and ridge making where he uses hired labor.

Mr. Foum used to grow cassava in the past but he was disappointed with the performance of local varieties of cassava which were susceptible to diseases and pests, and decided to turn into other crops. However, the attitude changed when he used improved cassava planting materials of Kizimbani variety and realized increased yields compared to traditional varieties. He decided to grow cassava for roots and planting materials. 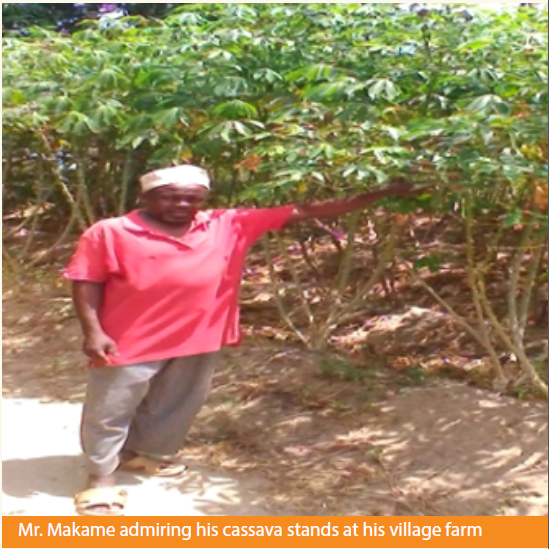 He sells cassava at farm gate and used part of the income (Tsh. 1,700,000) to educate his three sons and established a poultry keeping business with 500 layers. His 200 birds produce about 8-9 trays of eggs earning him Tsh 72,000 per day.Â