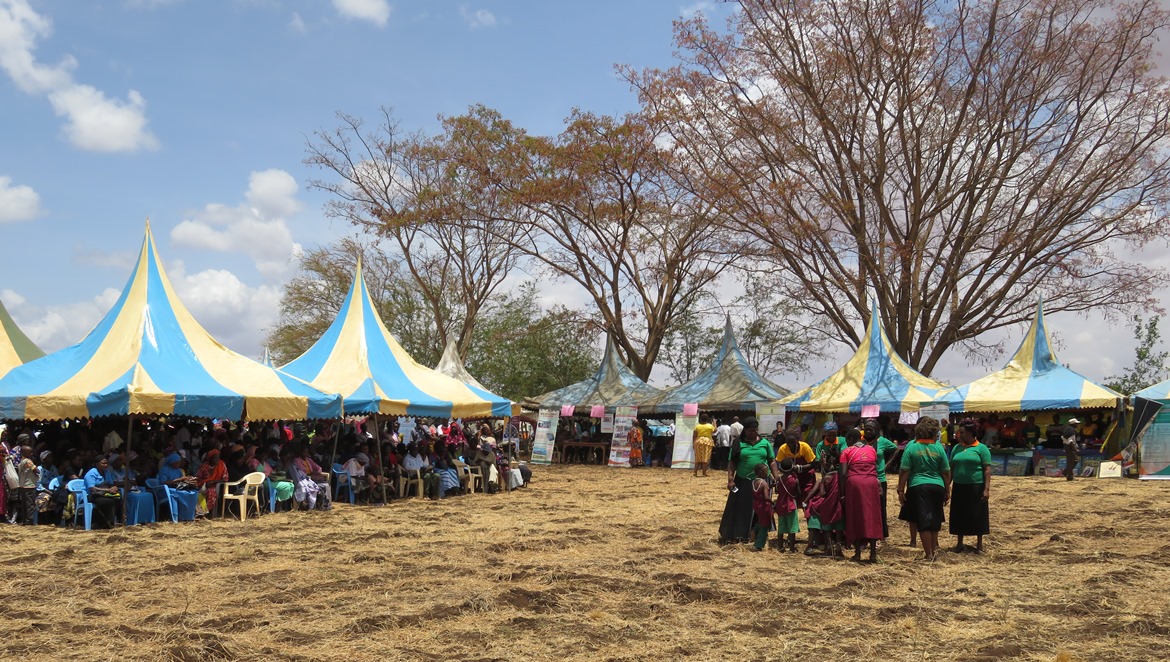 The aim of the trade fair was to bring together different exhibitors including the county government, service providers, input suppliers, financial institutions and other development partners in the dairy, staples and horticulture value chains to enhance farmer learning and technology adoption. The theme of the event was: “Commercializing smallholder farmer Agriculture” with the guest of honor being Taita-Taveta County Executive Committee Member for Administration and Devolution, Hon Linet Mavu.