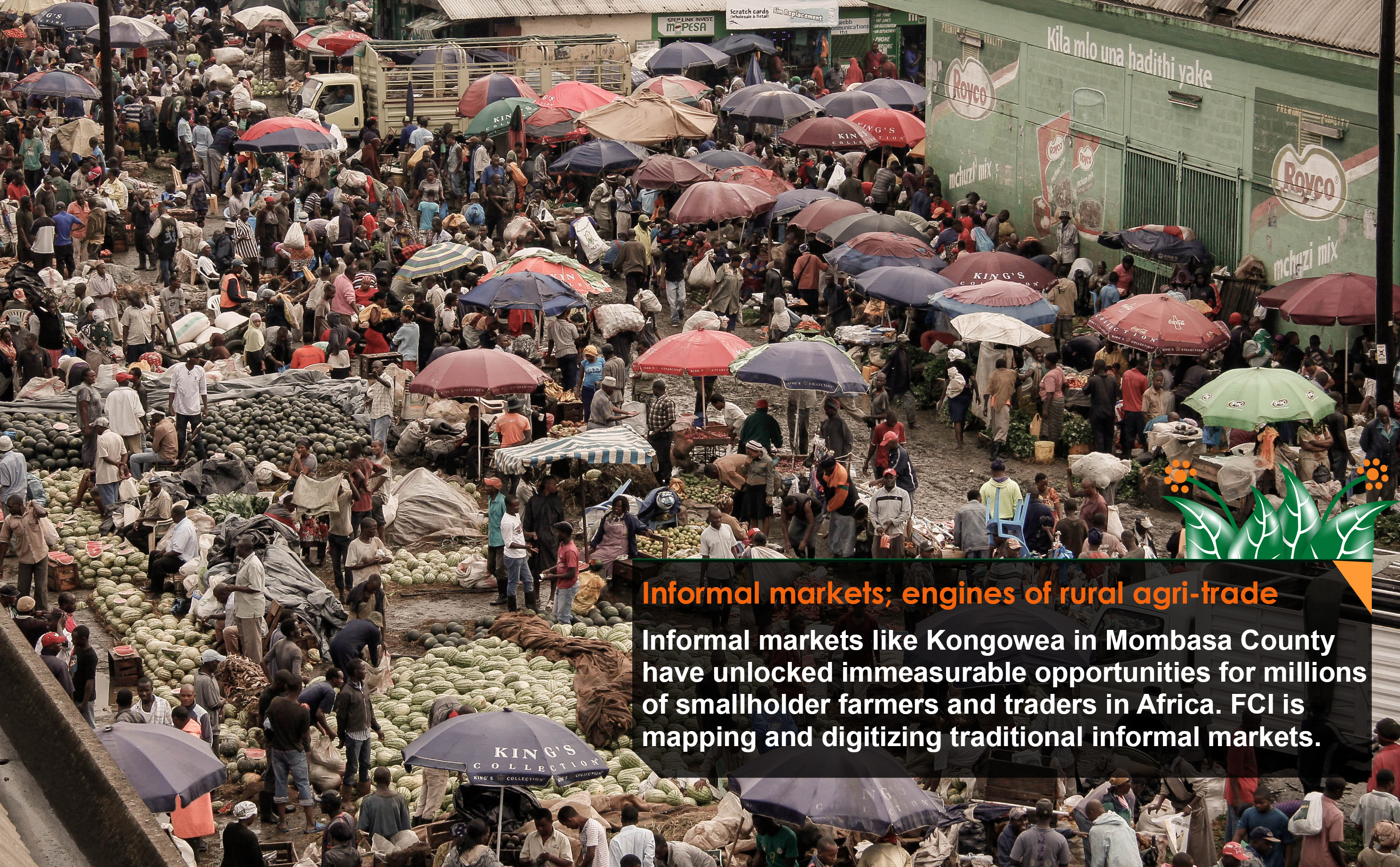 Who Really Drives Agri-trade in Africa?

For the past 12 years, FCIâ€™s dedicated Market Research Department has conducted 325 Market & Value Chain Studies and market monitoring & retail audits that reveal the unknown important role played by the Traditional Informal Markets in the agri-marketing systems in Africa.Â
Â
Minimal documented information on the value, volumes and role of traditional informal markets has led into limited understanding of their role in the equilibrium of market forces for agri-value chains in Africa resulting into minimal development or government interventions focused on the informal systems. FCI is the pioneer in unmasking the engine of agri-markets trade in Africa based on the Traditional Informal Markets Efficiency (TIME) Model, aimed at building capacity of the players.

Â
FCI has been highlighting Traditional Informal Markets data and findings in several regional and international conferences.Â  During the Regional Market Access Conference (RAMAC) FCI shared these findings with development partners and private sector companies and this is increasing development /private partnership for traditional informal markets integration.Â
Â
Multi-donor funded market Research and value chain analysis across Africa has enabled FCI to assess wholesale trading hotspots for 12,025 wholesale buyers and assessed the business relationships between traditional informal wholesale and private sector corporate companies with an estimated 90% of these formal supply chains sourcing from traditional wholesalers. FCI has further documented multiple formal and informal trade routes that reflect a complex value network made of multi-level players of brokers and investors.Â
Â
Traditional Informal Wholesalers refer to agri-value chain investors who play the bridging role between informal and formal supply chains. Brokers and middlemen â€˜act on behalfâ€™ of the wholesalers and can easily be confused for wholesalers since they are more active in negotiations along value chains. Despite being the trade engines, lots of trust has to be build before wholesalers really interact with formal systems due to the misunderstandings that have sidelined them from most value chain interventions.