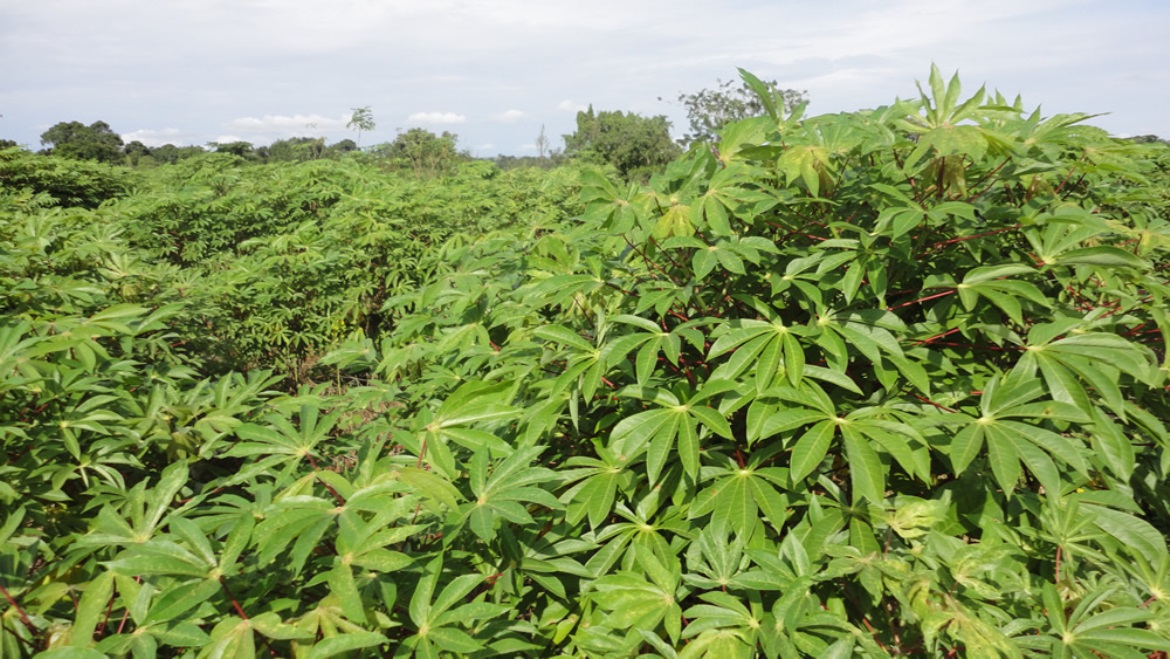 The Cassava Commercialization and Processing Programme supported by Alliance for a Green Revolution in Africa and implemented by FCI has brought about a revolution in the cassava seed system in East Africa. Â The demand for the improved cassava varieties within and beyond the Programme sites is creating an income opportunity for farmers who are establishing themselves as seed multipliers to their Commercial Villages.Â

Mr. Josephat Okana, a 41 year-old, is a seed multiplier in Tangakona Commercial Village in Western Kenya. He is exploiting the unmet demand by farmers for clean planting materials. He grows the improved MH 95/0183 variety and harvests the stems to make cuttings that he sells as seed, thereby earning him a handsome profit.

The father of seven children has humble beginnings, starting off with Â¼ of an acre in 2009 from which he harvested 28 bags of cassava cuttings. He sold 20 at Ksh 400 each (USD 4.8) which earned him Ksh 8,000 (USD 95). But he still could not meet the demand for more cuttings from fellow farmers who were convinced about the high quality seeds from his farm.Â

This marked a defining moment for him, and he seized the opportunity to create an additional income stream supplying clean and disease free planting materials and nurture a reputation as a reliable seed multiplier.

The cassava seed multipliers have been trained through FCIâ€™s strategic collaboration with the Ministry of Agriculture, Kenya Agricultural Livestock and Research Institute (KALRO) and other stakeholders including Rural Energy and Food Security Organization (REFSO) to support the cassava revolution.

Key training areas include quality control, pest and disease management, spacing, fertilizer application and seed harvesting. Mr. Okana is one of 243 village-based seed multipliers who have established multiplication farms across the four Programme sites in Kenya, Uganda and Tanzania.

Contacts of seed multipliers such as Josephat Okana are kept in Commercial Villagesâ€™ records for quick linkages to members of the Commercial Village and other potential buyers. Prior to the planting season, farmers are sensitized on the need to plant improved cassava varieties and where the planting materials can be sourced.

As more farmers embrace the improved varieties such as MH 95/0183, they enhance food security because the varieties produce high yields, matures early and are resistant to diseases and pests.