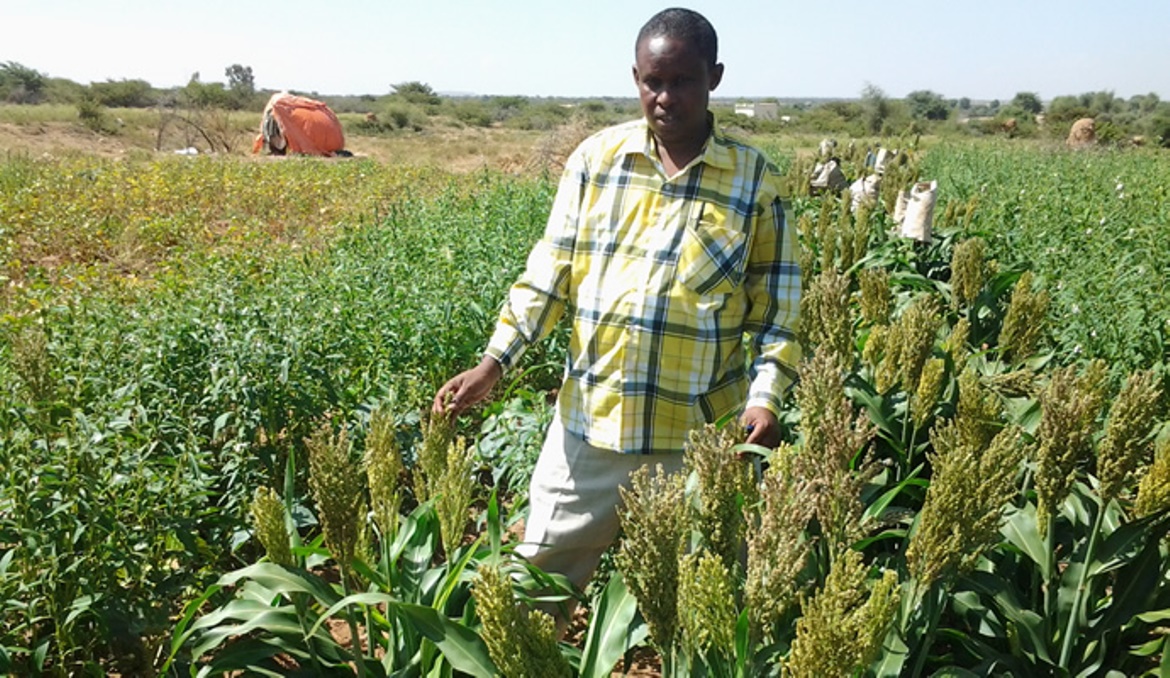 Â European Commission in conjunction with Food and Agriculture Organization for the United Nations, FAO has partnered with Farm Concern International, FCI to commercialize 23,600 smallholder farmers and partners with 500 wholesale buyers to trade in commodities amounting to 900,292 in Somaliland in a period of 12 months.

The effects of these interventions include a change in the production landscape such as increased food production as well as food security through improved market linkages and market information. FCI undertook value chain analysis in both regions and identified maize, sesame, sorghum, bananas and livestock (goats and beef cattle) for South Central Somalia and tomatoes, maize, sorghum, onions and livestock (goats and camel milk) for Somaliland.Â

Through this project, 65% male and 35% female in both South Central and Somaliland were recruited, with 35 and 68 farmerâ€™s organizations respectively;Â

Other notable achievements were:

The RUCOM project worked with 23,600 households. As a result, 15 formal markets and 500 traders were linked to the CVs in the project site.

Cadar Maxamed Nur is a member of Â Tawakal Trader Association. She joined the association when the project staff identified her as part of the initial assessments. With a household of eight members to feed and no husband, Cadar started as a sole trader in the1990s. She struggled through tough times and managed to keep her business afloat.Â

â€œSometimes Â when I would get sick, there was no one to look after the business so I would have to shut down until I got better. I would also close down whenever I needed to visit a distant relative..."Â Read More

The power of convergence has led Tawakal Grain Merchant traders reach unforeseeable heights. It was unimaginable to any of the 67 members of the society that they would be able to maintain an international business operation. However, under the Rural Commercialization (RuCom) intervention implemented by Farm Concern International (FCI) with funding from FAO, they have been able to sustain a formal organization engaged in cross-border trade, bulking, and made sales in the thousands of dollars. This is commendable; coming from a previously war ravaged region in the Horn of Africa. Read More

Click on the Image below for more RUCOM Case Studies

Rising from the Ashes; Cooperative in war-torn Country revives after 22 years

Sixteen years after its formation, Qabri-bahar Cooperative collapsed as the Somali war ravaged the land. In the process, the group of 300 households who had invested in the cooperative lost all their investments. Â Now 22 years later, the cooperative has not only adopted Farmer Business Schools as subsets of Commercial Villages which are also subunits of the Co-operative, but has also partially invested in a sugar processing plant factory. This has been made possible through the Somalia Rural Commercialization Programme implemented by Farm Concern International, FCI and Food and Agriculture Organization, FAO with funds from European Union (EU)...Â Read More

Baki Farmers improve incomes as a result of collective actionÂ

Hormood Iskashi Farmer Organization, in formerly war torn and impoverished Somaliland is now actively involved in profitable trade. Although many farmers in Baki district of Awdal region grow plenty of tomatoes and onions as the main horticultural crops, because of limited access to markets, most of them are often exploited by the middlemen who customarily offer farmers low prices for their produce. However, the situation is turning around for the farmers who have joined the Somalia Rural Commercialization Programme implemented by FAO Somalia and FCI and funded by the European Commission...Â Read More